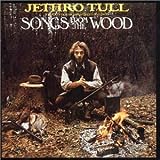 Buy it at Amazon

Oh yes! This is what eBay is all about. You remember something from the past, you have a look on eBay, place a speculative bid and lo and behold you win it. Then the anticipation as you wait for it to arrive, with a little bit of doubt creeping in as you wonder if will be as good as you remember it. Will the mists of time cloud your perspective and will it turn out to be really rubbish?

Late last week, after a conversation in work, I placed exactly such a speculative bid, won it at a rock bottom price and it arrived yesterday. I had kind-of half-forgotten about it, what with all that’s going on elsewhere just now, so it was a pleasant surprise to see the packet drop through the door.

So having ripped the packet open and seeing the tracklist and minimalist CD inlay (just a reformatted copy of the sleevenotes from the vinyl I suspect), the memories came flooding back, but I still had some nagging doubt that it may not quite be as good as I remembered.

Songs from the Wood by Jethro Tull was an album (yes, it really was on vinyl kids) I listened to many, many times when I was much, much younger than I am now. I was trying to work out in the car this morning exactly how long since I last heard it and reckon it is easily over twenty years. It was a different genre than I was really into at the time as I was into the end of punk stuff and ‘new wave’ at that time, but a cousin of mine had the album (btw, a-la Undertones I actually do have a cousin called Kevin) and he first played this to me along with others of his when I visited. I couldn’t get into much of the other stuff he had, but I knew I liked this.

Anyhoo, it’s not a particularly long album at 9 tracks but well worth a listen. It’s essentially what you’d call a ‘themed’ album; in this case all songs being woodland related fnnily enough. On re-listening, all this time later, the album really evokes a sense of the countryside of days-gone-by, with vivid lyrical imagery of gamekeepers, farm-hands, tweed, hunting and shooting, faeries, good fellows and fair maidens. All that on top of an excellent production, comprising an ecclectic mix of instruments topped by Ian Anderson’s fantastically energetic flute, giving a very rich musical experience indeed.

It is easily as good an album as I remembered it to be, perhaps even a bit better, and one of those albums that you’re hard pushed to find a bad/filler song in. Oh, and yes, I still remember all the lyrics. 🙂

In summary, I’d recommend sticking with your instincts and buying whatever tat your nostalgic-bone takes you to on eBay – there are some real gems out there to be had.